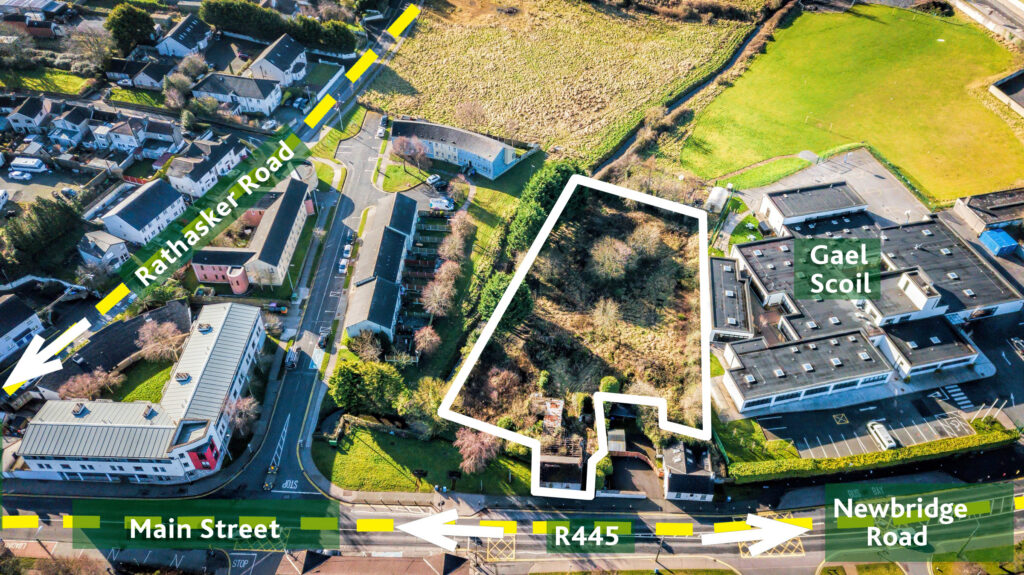 Coonan Property Maynooth, Naas and Celbridge were delighted to sell this ready to go site at Limerick Road, Naas last week after auction.

The property has the benefit of F.P.P. for 20 residential units and was offered for sale by Public Auction on April the 12th in Lawlor’s Hotel Naas.  For sale in one lot the auction bidding opened to a busy auction room at €1,250,000 and briskly went in increment bids of €20,000 and €10,000 amounts until it reached €1,460,000.  There were three active bidders present and at this stage the auction adjourned and the auctioneer discussed the situation with the vendors.  After a few minutes the auctioneer returned to the room and there were two more bids at which point

the property was withdrawn at €1,480,000 to the highest bidder.  The property was sold subsequently for a non-disclosed figure well in excess of the original guide price of €1,500,000.  The successful purchaser was from the South of Ireland.

This superb infill site with F.P.P. for 20 units was granted by Kildare County Council under PL Ref 21/547.  It is a beautifully designed town centre site close to all amenities and Naas Main Street.  Planning provides for a modern scheme of 1, 2 & 3 bedroom town houses and apartments and is superbly located close to all amenities of Naas town.

According to the agents “This sale again demonstrates the very strong demand for ready to go development sites in the Greater Dublin Area and Major towns in Leinster area”.