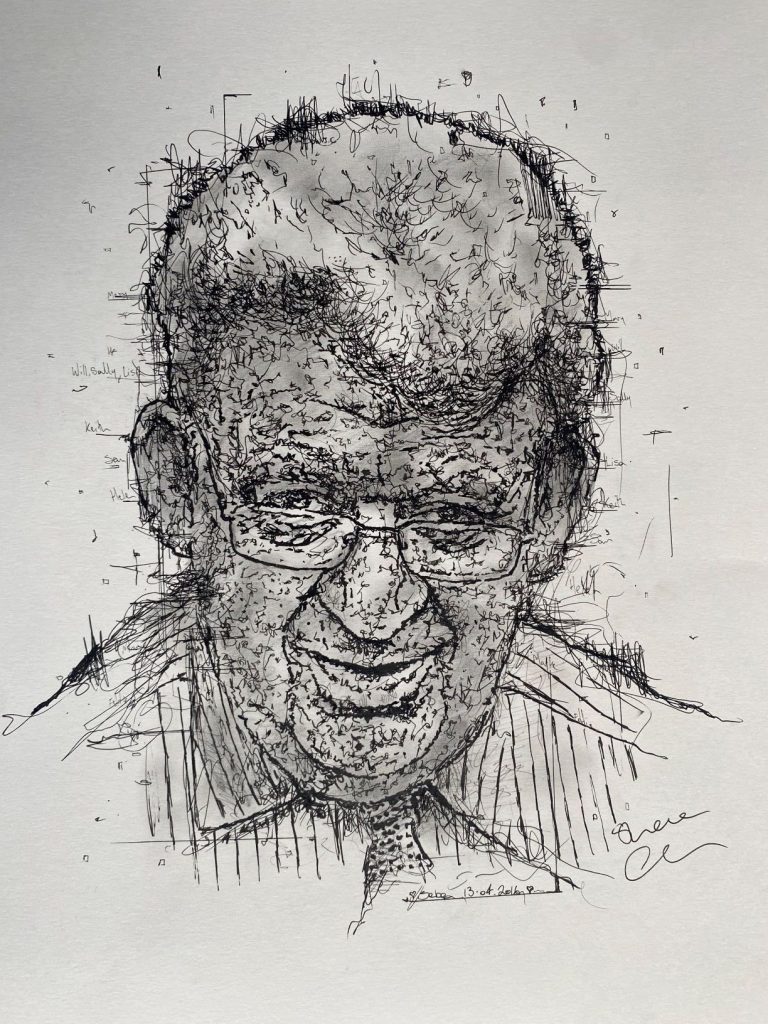 Today is a sombre one for my family.  It marks twelve months since Willie Coonan wrote the last phone number on the back of his hand and acted on a final post-it note.

The morning he passed, I lost my biggest fan and mentor as well as my Dad.

Willie joined the property industry in 1969 following in the footsteps of his father and father before him.  In those 50 years, he wasn’t just a witness to the many shifts in how the property world functioned, he was often the instigator of them.  He broke the £1 million bid barrier in 1978 and even while making property auction history, he was relaxed enough to paraphrase a line from Mark Twain: “It’s only money, but we are giving you land and they stopped making the stuff a long time ago!”

He built a loyal team around him in Property House where he spent many hours working at what he was born to do, what he excelled at and what he rarely stopped thinking about…doing deals.

As a father, as an employer and as a friend, he always had your back.  Countless times we would go looking for help and the reply would always be the same: “No problem, leave that with me!”

I know he would be so proud of Mary and all the family for how they’ve minded each other and coped with this sad, strange year.

Willie left a great legacy behind him that his children – Lisa, Sally and myself – and grandchildren, Ana, Billy, Aidan, Ellie, Ebe and Sol, will make sure to elevate to the next level.  He was never the first choice babysitter but we like to think of him now fulfilling that role with his darling grandson Sebe, bouncing around fields and cutting deals for Dairy Milks & marshmallows.

Our great shock and loss after Willie’s sudden passing a year ago has been immeasurably lightened by the extraordinary outpouring of tributes, affection and sympathy. We are so grateful to everyone who took the time to telephone, text and email and all those who sent flowers, letters, sympathy cards and had Masses said.

They continue to be a great support to me and all the family.

PS : Many words have been written since Willie passed but we think these two poems capture him best.

One in a Million

A million words upon your hand

A million ways around a snag; your quips, your anecdotes

You shared a million laughs and tales

And drew a million smiles

Made a million memories with us; revered for untold miles

You endeared us in a million ways

As only you could do

Richer by a million times when beside us, there was you

I wish we had a million days

You are the measure of a million hearts; cherished to the core

In Memory of a Dear Friend

It is rare in the life of men that one is befriended by a true gem.

Willie Coonan was one of them.

The tragedy of his loss.

A diamond plucked from the dross.

Willie had beguiling charm.  He was decent and caused no harm.

God in heaven be very aware that if it can be sold the right man is now there!